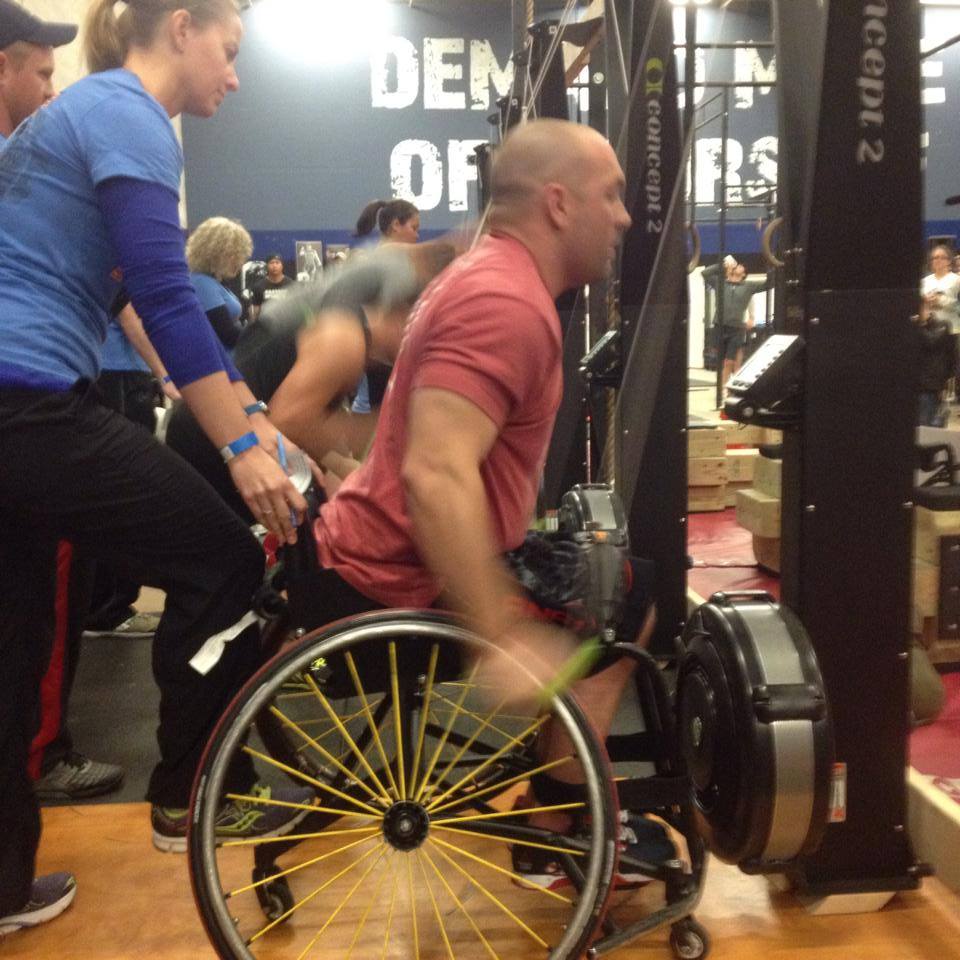 Proper SkiErg technique uses the legs as well as the arms and core. However, the SkiErg also works well as an upper-body-only training tool. This can come in handy when you’re dealing with a lower body injury.

If it’s an injury that still allows you to stand, this will probably be the most effective position for a workout. If standing is not an option, you can also use the SkiErg from either a sitting or kneeling position. And it’s also possible to wheel right up in a wheelchair.

This video shows SkiErging from a seated position.

Using the SkiErg from a Seated Position

We recently received this feedback from an injured runner: “Just wanted to pass on that the SkiErg has been fantastic as I’ve been recovering from a pretty severe heel (calcaneus) stress fracture that happened over four months ago (from running). I can’t run or walk or bike. I’ve been rowing at the gym and swimming, but my real passion is Nordic skiing. In anticipation of the coming ski season—and in hopes that I’ll be on my feet again—my husband ordered the SkiErg a couple of weeks ago. I love it! I’ve been able to get my heart rate up to numbers I haven’t seen since I was able to run or ski months ago. 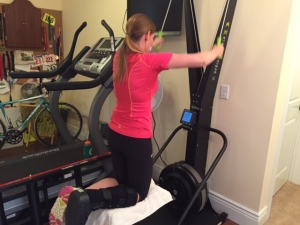 Specifically, I wanted to pass along that the SkiErg works great for me as I kneel on a padded piano bench with a towel draped on it. I can’t stand while exercising, and I found sitting to be okay, but kneeling on the little, soft bench is practically the same workout on my thighs as if I were standing. Just thought you might want to suggest kneeling as an option for injured athletes. Thanks again for my SkiErg sanity-saver!” -Stephanie

We sincerely hope you don’t get injured—but if you do, we hope you find the SkiErg helpful in your recovery.