In a questionable statement about women’s capabilities, the distance was set at just 1000m, even though the men’s distance was 2000m. That shorter distance was raced for the next two Olympics as well, until finally, in 1988, it was changed to the same distance as the men—which is still the race distance for both genders today.

Concept2’s Judy Geer was a member of this first US Women’s Olympic Rowing Team. She sat in bow seat of the Women’s Four with Coxswain, which finished 6th. Our US Women’s Eight took the bronze medal, and Joan Lind took silver for the US in the women’s single.

Judy reached out to her 1976 teammates to gather photographs of these first Olympic women’s races. We’re excited to share these old photos and celebrate these pioneers in women’s rowing. As we do this, we also send our best wishes for fast racing to all the women now racing at Rio! 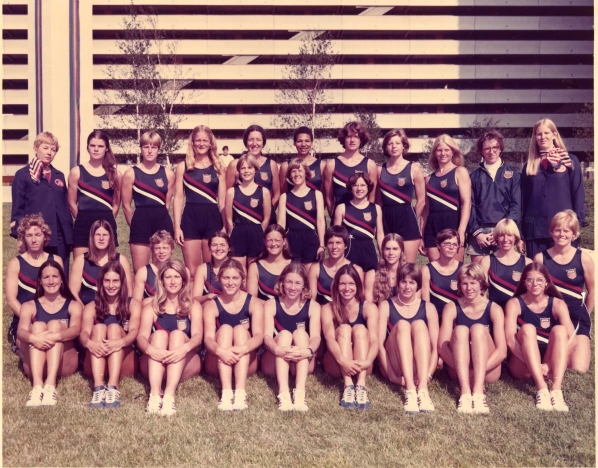 The 1976 US Women’s Olympic Rowing Team.

@luckie_reubs Hello, this is not presently a feature. At this time a USB connection is required. @concept2 about 3 hours 8 min ago.