Supporting Olympians in the Search for Speed | Concept2

Many people know Concept2 as the designer and manufacturer of the RowErg, SkiErg and BikeErg. But the roots of the company lie in rowing, and specifically in oars.

When Concept2 Founders (and brothers) Pete and Dick Dreissigacker first started playing with oar designs in 1976, they were two rowers who had studied engineering, and they couldn’t resist the challenge of making a faster oar. Specifically, they wanted to improve their speed in the pair because they were racing together in the Olympic Trials leading up to the 1976 Montreal Olympics. Rowing races can be won or lost by fractions of a second so every little bit of speed is worth gathering. In the end, Pete and Dick didn’t win those trials—in hindsight, they probably trained too long at altitude before coming down to the East Coast—but they learned that there was speed to be found in oars. They decided to continue their oar design efforts and start a business together.

While no Concept2 oars were used at the 1976 Olympics, they have been used in every Olympic Games since then. Why? What makes Concept2 oars a popular choice to high-level crews? It’s about the Dreissigacker brothers’ endless search for speed. It comes from being engineers and rowers. Just as when they started, they are continually drawn to the challenge of making a faster oar. A fraction of a second can determine the results of a rowing race—in the Olympics, that means who gets the gold medal, the silver, the bronze. 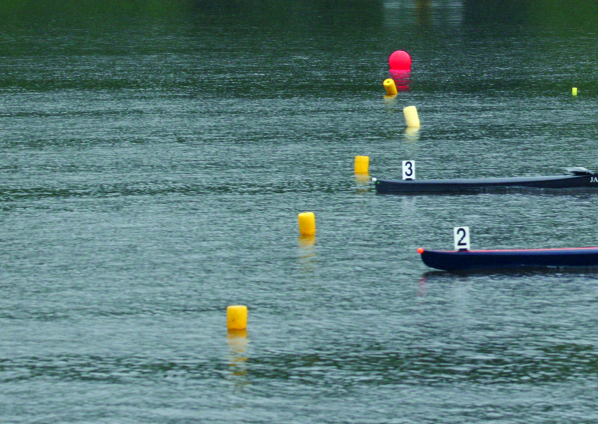 Our Concept2 Innovations Timeline shows the series of innovations. There are smaller changes in the parts of the oar such as the shaft, sleeve or oarlock. The most significant leaps in speed have come from design changes to the blade.

The release of a new oar or blade design is not something we can schedule. New design ideas emerge in a variety of ways—from observations of rowers, from something read recently, or from an idea sparked while out rowing. The germ of an idea then gets some theoretical analysis and discussion amongst the engineering team; then, it very quickly goes into prototyping. The sooner we can get the new idea into a usable prototype, the better. How does it handle in the water? In the wind? How does the drive feel? When we are happy with the handling, the speed testing begins. Testing tells us pretty quickly whether the design has promise or still needs more work. When we see positive initial results, it's time to involve more people in testing. When testing consistently shows an improvement of 1.5%-2%, our teams will release it to the public.

It’s important to note that not every blade innovation will be effective for every rower, due to variations in technique, body size, power, boat rig, etc. We strongly encourage crews and scullers to do their own testing to be sure any blade design gives them optimal results.

As you watch the Olympic rowing and sculling events, you’ll be able to recognize Concept2 oars by the lime green sleeve where the oar fits into the oarlock (shown at right). There will be crews using a number of our blade designs; these athletes have tested our blades and chosen what works best for them. We're honored that these elite athlete choose Concept2 as their partner in this high level competition. We wish them all good speed!

@imrstack @MarkCalc And then you have to actually get on the erg. And then use it. We've done studies; simply havin… t.co/9YQSKS3twu @concept2 about 4 hours 7 min ago.