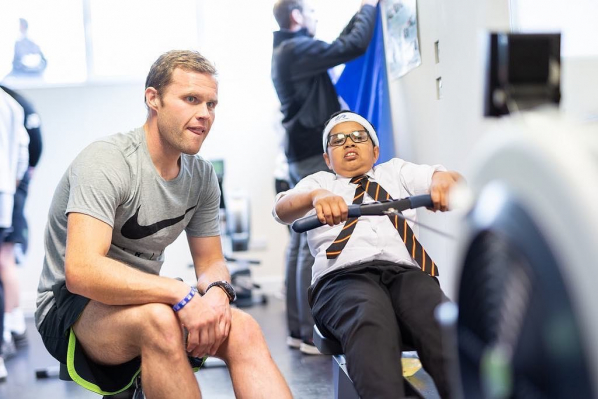 John McAvoy started life on the wrong foot. He was drawn into crime at an early age and landed in prison. But he found his way out through sport, becoming a multi-record holder on the RowErg and going on to become a Nike-sponsored Ironman triathlete. Here’s his story.

"My life actually started in breathing terms before I was even born. If you look at my story, you have to go all the way back to before I was born,” John says. The words seem to flow out of him like he’s been through this before.

“My mum married my father; they were only married for 11 months. She was only eight months pregnant with me when my dad had a massive heart attack and didn’t wake up,” John says.

John grew up with his mom and many other women: his sister, grandma, aunts. In that environment, he grew into an inquisitive boy, constantly asking his mother about his father. He realized from a young age that he wouldn’t live forever.

“That really did trigger something inside of me, profoundly. When I got older I wanted my life to have significance, I wanted to accomplish something with my life. I wanted to create a legacy, but was too young to understand what it meant,” John says.

But that gave way to what John calls ‘the perfect storm’ when he was eight. His mother’s ex-husband was released from prison and returned to their lives. John calls him, “one of the most prolific armed robbers in the UK.”

The eight-year-old John was drawn into his world of organized crime. It was intriguing and exciting.

“Suddenly, I’ve got this group of guys that are involved in organized crime. It's very exciting when you're a young boy and you're around all these middle-aged men that are basically like cowboys, they are glorifying crime and they are encouraging you to go down that path,” he says.

John got sucked in. When he was eighteen, he was arrested for the first time. After a year he returned out into the world, only to be arrested again a few years later. 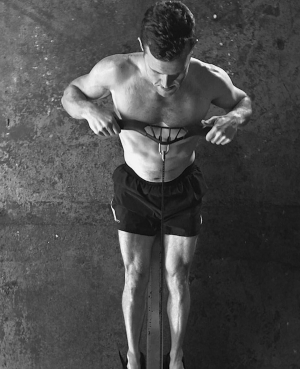 “I got arrested again and this time I got two life sentences. And I was put in a high security unit,” John says.

John’s life seemed to be determined for him. He started to ‘play the game’ and tick the boxes. He got let out of the high security unit, and slowly worked his way into a more amenable prison situation. But then everything changed.

“In 2009, on the 14th of November, my best friend died in an armed robbery in the Netherlands, and it profoundly changed my life. From that night, I knew I would never commit a crime again in my life. But when you're in prison, you can't just say, 'oh I've changed, can you please let me out,’” John says.

He was stuck. He knew he didn’t want to be where he was anymore, but also didn’t know how to get out.

“It was like someone that was trying to get off drugs but was locked in a crack den. I was physically trapped,” he says.

And that’s when he discovered the rowing machine.

“I am so, so, so fortunate that I went down to the prison gym and there was an inmate rowing a million meters on the Concept2 rowing machine,” John says.

The inmate was doing a charity challenge, rowing a million meters. John asked if he could do the same and the prison officers agreed—if he raised money.

“I had some family send me in some money for my sponsorship and some of the guys on the wing sponsored me like 50 pence and a pound. I gave in the form and they let me start,” John says. “The first time I got on the rowing machine I was 26 years old. The first session I've ever did was 32,000 meters.”

“It was the rhythmical nature of it. Looking at that screen, with those numbers, and genuinely it transcended me out of that prison,” John says.

He had finally found his escape.

John got on the rowing machine and never stopped. He rowed a million meters, then two, then three. After a few months he had rowed the equivalent of the Atlantic Ocean. Then a prison officer printed the World and British records from Concept2, and John realized he was close—he started chasing after them. He broke one record, then two, then three.

“When I was on that gym mat after I'd broken a record, it was everything I wanted as that little kid growing up in London, achieving something. It made me feel like I had accomplished something that not many other people had ever done. It was such an incredibly powerful experience. I then realized that I could use my body as a vehicle to get me out of that place and do something positive with my life,” he says.

Spreading the Gift of Rowing

Eventually John was released from prison and given the chance for a new start. But John did not stop there. He started sharing his story, which sparked an entire movement in the prison service.

“The prison service now really understands the true value of sport in the UK,” John says.

The result has been tangible in the UK and around the world. The UK now supports a park run in prisons, in which prisoners join people around the country in running a 5km (3.1 miles) every Saturday.

“Now you’ve got prison officers delivering rowing lessons to prisoners. Prisons have invested in rowing machines, and they are going up against each other in an indoor national rowing league,” John explains.

The movement has also spread to prisons in Australia, where they have set up an indoor rowing league—and John hopes it will continue to spread further.

Reaching Kids and Beyond 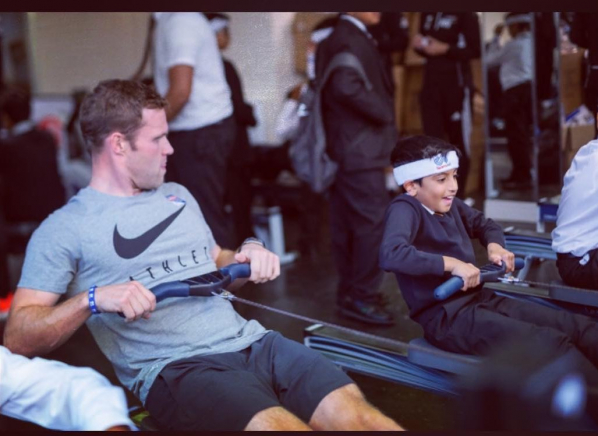 But John doesn’t stop there. He decided to continue his work to bring sport to as many people as possible by reaching out to kids. Through his tremendous athletic success, John was sponsored by Nike. He asked them to do something back—and after several proposals, they finally agreed.

“Two years ago, I went with the idea of opening up school facilities in the UK during the holidays. It’s called Open Doors,” John says. “During the six-week summer holiday in the UK, it turns schools into sport community hubs.”

John explains that during school holidays, kids from disadvantaged backgrounds in the UK can lose up to 80% of their aerobic fitness. Many of them spend the entire holiday indoors, behind screens, and John wanted a solution.

“We open up the school, most children live within a 2-mile radius of their school. So, they are given a nutritious breakfast and lunch. And community groups like football clubs can go into the school and use the sites for free to run sport programs. And we pick up the bill,” John says.

After a pilot of 12 schools this year, they are expanding to 500 schools next year and 1,000 schools the year after that. John is not slowing down, especially not now.

“With COVID, the aftermath has been terrible. These types of programs are needed more than ever.”

If there is one person with the drive and the motivation to make it happen, it’s John McAvoy.

Check out this expanding list of resources! From online classes to our free logbook to Rowalong videos see what's… t.co/4f8qPQzkA3 @concept2 about 12 hours 21 min ago.