It’s been a wonderfully snowy winter up here in northern Vermont. We’ve had more than our share of thaws and meltdowns, but there’s been enough snow to absorb them and rebuild without losing many ski days.

Vermont’s long winter is what inspired the invention of the first erg—then called the “Concept2 Rowing Ergometer.” This was because we are primarily rowers, and we wanted to be able to maintain some sport-specific training for rowing over the winter. But when we aren’t erging, we are skiing—mostly cross-country skiing. Why? 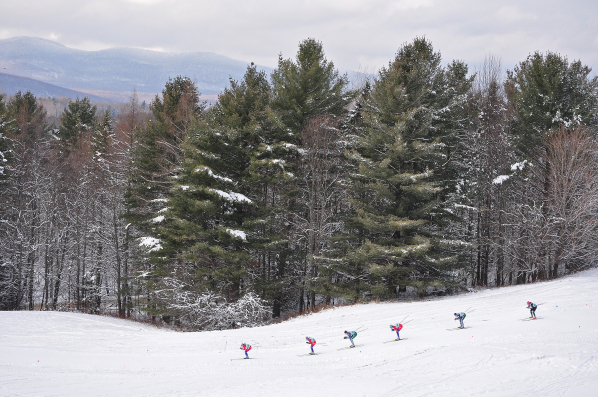 Cross-country skiing is terrific exercise. It uses the whole body. It demands endurance to go long distances, power to climb steep hills, and technique and speed to go back down them. Skiing in hilly Vermont is naturally an interval workout: The climbing provides the work, the downhill gives you some rest. You invest energy going uphill, then reap the profits going back down.

Historically, skiing was developed as a means of transportation—the best, fastest way to get around in northern climes where snow is the normal winter ground cover. Functional fitness! Now it’s enjoyed for both recreation and competition.

While we can SkiErg year-round, we love skiing outdoors for a lot more than the workout it provides. It gets us out into the woods and fields of Vermont in their winter dress—a blanket of snow that records the passing-by of every animal that has come and gone since the last snowfall. Skis allow us to cover ground more quickly than we can in the summer on foot. Greater distances can be covered when gliding on the snow! And the blanket of snow allows us access to places—thickets, swamps, deep forest—that wouldn’t be as easily navigated by foot on bare ground. And it warms us quickly on cold days, making us appreciate the wood stove when we get home. 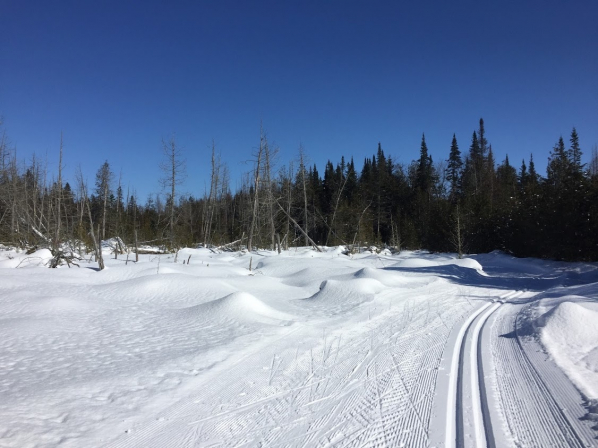 For those of us who ski on snow, the SkiErg provides a way to keep our muscles accustomed to the motion of poling throughout the summer, so that we are ready to go as soon as the snow starts falling. And for non-skiers, it’s a great option for versatile total body exercise all year round.

Here in Vermont, we’ll ski on the snow while we have it, and row on the water once it thaws!

We are closed for the long Thanksgiving weekend. We want our hard working staff to be able to spend time with thei… t.co/dHaApuGS0e @concept2 about 4 days 17 hours ago.