Kicking Off The On Water Season | Concept2 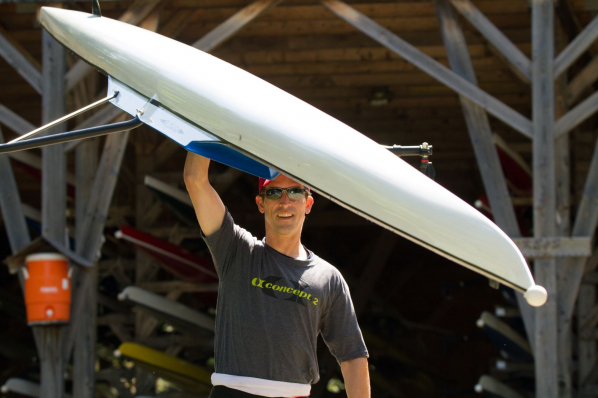 As the rivers and lakes begin to melt here in Vermont, we’re eager to start training on water—while many programs are already kicking off the regatta season! The San Diego Crew Classic declares “the rowing season starts here.” Year-round, there's great rowing to watch here in North America—coast to coast from San Diego to Boston. The competitive season (March-October) provides many opportunities to try rowing or to race. Here's what we look forward to during the on water season.

While many teams train 365 days a year (especially with the convenience of the indoor rower!), rowing is a spring sport at the high school and college levels. Spring races are sprints, which vary in distance according to the age and experience of the athletes:

Distances and formats can vary by regatta, with race courses designed for specific venues (which may be too short to accommodate longer courses) or for fun (500m sprints are fast and furious!). The most popular racing shells for these events in North Amercia are sweep rowing (one oar per athlete) in eights (8 athletes, 1 coxswain) and fours (4 athletes, 1 coxswain).

For high school and college athletes, the spring season often lasts only a few weeks after a full year of training. Competition can be between age-old rivals (such as Yale-Harvard, the oldest intercollegiate sporting event in America) or newer leagues (women’s rowing is an NCAA sanctioned sport, men’s rowing is not). This year, we’ll be keeping an eye on NCAA teams Cal Berkeley (DI), the University of Central Oklahoma (DII) and Bates College (DIII). On the men's side, Yale, Columbia (lightweights), the University of Michigan and Bates College are all fast teams who are looking to defend their rankings.

As the weather (and water) warms up, many boathouses open their doors to the public. The first weekend in June, USRowing hosts a National Learn to Row Day. Teams and clubs across the country welcome their local communities to try rowing! It’s a great way to get started in the sport of rowing.

Summer racing offers opportunities for all levels of athletes to compete. While students break from the school year and row with local clubs and teams, Masters rowing kicks into gear. Masters athletes are over age 21 and can be any level of experience--some athletes are novices, while others may have (once) represented their country in elite competition. Many local regattas and USRowing-hosted championships offer masters competition for both sweep rowing and sculling (two oars per athlete). Events are categorized by the average age of the crew, allowing athletes to row with different teammates.

At the elite level, World Rowing hosts a series of World Cup races that culminate in an annual World Championship. This year will offer an exciting build-up to an Olympic year. We’ll be watching crews race toward their Tokyo 2020 dreams. Here at Concept2, we’re always eager to watch which athletes will qualify to represent their countries. In 2019, many familiar faces are returning for another shot at the Olympics, including Americans Gevvie Stone and Caryn Davies. The road to Toyko may twist and turn as these athletes navigate the selection process to earn a spot on their national rowing teams. We’ll be watching both seasoned veterans and fresh faces looking to post impressive results this year.

Summer concludes the sprint racing season before athletes transition to longer distances. The Royal Canadian Henley Regatta (now in its 138th year!) often signals the transition from the 2k course to longer 5k regattas. This year, the regatta is August 6-11. Concept2 will be on site to help with athletes’ oar needs.

Athletes heading into the fall season look to maintain their speed as they increase their distance. Head races tend to range in distance from 4500m-7000m and offer a time trial format: boats are racing against the clock for the fastest time. Boats cross the starting line at a set interval (for example, 20 seconds apart) and then compare total race time to determine the winner. This format offers more flexibility than mass starts in terms of accommodating multiple boats and available water. (The course doesn’t require lane lines or starting docks.)

Fall racing doesn’t (usually) count toward overall rankings for high school, college or elite athletes since it falls outside of the official racing season. However, it gives a glimpse into a crew’s ability. The grit and endurance of the athletes is tested. For many athletes, especially Masters, head races offer unique challenges such as steering the best line on a winding course, maneuvering around other crews, and pacing a longer race.

The Head Of The Charles Regatta often serves as an unofficial end of the head racing season. The largest two-day regatta, it is often as much a festival of rowing as it is a competition. Each year, Concept2 travels to the Head Of The Charles to celebrate our love of the sport and help competitors with tuning up their oars.

Many regattas allow you to track specific teams, boats or athletes with real-time data. Check your favorite regatta website for details. Some regattas now even provide video—or drone footage!—so you can see all the action. We’re always looking for smooth, fast strokes and cheering on our favorite crews.

The on water rowing community is excited that rowing is featured in the new movie, Heart of Champions, arriving in… t.co/PFdKuX1ZB8 @concept2 about 18 hours 57 min ago.