From the Great Wall to the streets of Shanghai, Concept2 employee Nick Herbert is on the ground in China developing burgeoning Asian markets.

Nick moved to China for adventure and to learn Chinese. Now, he and his family are established in China and he is working to introduce rowing to as many people as possible. Rowing for fitness is still a relatively new idea in China. With the growth of a wealthier middle class and the worldwide popularity of fitness classes such as CrossFit, rowing is becoming more accessible in China, Korea, Japan and South East Asia.

Nick’s goal is to get as many people as possible to try indoor rowing. “I’m fortunate to have the opportunity to visit tons of great places and meet awesome people in the process,” he explains. One particularly memorable experience was carrying an indoor rower up to the Great Wall for some photos. It was fun, but also late November, and cold!

As an expatriate living in China with skills in business and marketing, Nick was a great fit to join Concept2. After finishing school at Waynesburg University, Nick traveled in Latin America before heading to China. He has completed his MBA through a cooperative program between Shanghai Fudan University and BI Norwegian School of Management.

Nick has always been active, whether playing basketball, entering the ring for amateur boxing, or riding a dirt bike. (He once rode a dirt bike across China!) These days, you can find Nick jumping into an occasional CrossFit workout. He shares his favorite rowing workout, a ladder:

Give it a try!

Nick and his wife, Rainbow Wu, have a 2-year-old daughter, Regina. 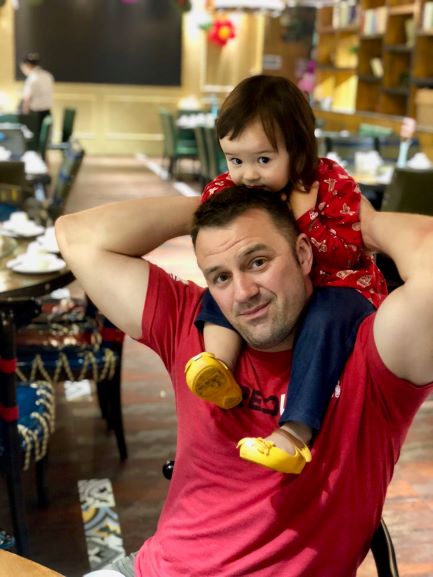