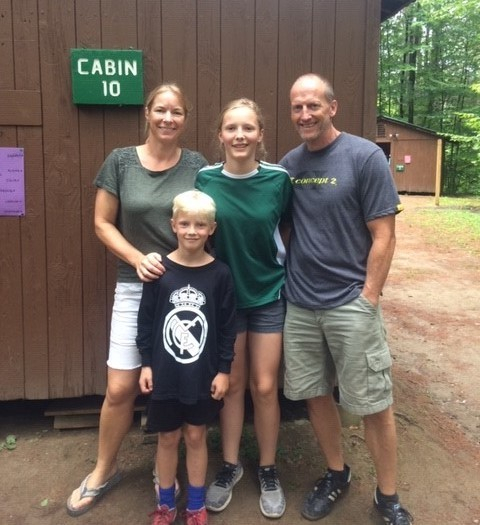 Bill Cleary’s athletic background helps him appreciate and care for the oars he's been helping to build since 2012. “My favorite thing about Concept2 is making sport- and fitness-based quality products that are recognized worldwide.”

If you’ve rowed with Concept2 oars or sculls, Bill is part of the team crafting these in our shop. Bill moved to Vermont 25 years ago from Connecticut, where he graduated from Central Connecticut State University with a major in Public Relations and Marketing. His interests also included newsroom camera work, which he applied to creating a documentary about the US/Britain exchange student program at the time.

In Vermont, he transferred his attention to carpentry work while also ski patrolling at Stowe Mountain Resort. While skiing at nearby Mad River Glen, he met his wife while riding the famous single lift chair. They’ve been married for 19 years and have a 13-year-old daughter and 9-year-old son.

A Division I soccer athlete in college, Bill keeps fit playing soccer and coaching his kids’ teams. Out of the office, Bill is often skiing, mountain biking with friends, or cranking out a workout. Like many Concept2 employees, he loves fitness and how it makes him feel. Living in Vermont offers so many outdoor activities with dirt roads and mountain playgrounds right here in our backyard.

A staunch Survivor fan, Bill hasn’t missed an episode since the show started in 2000. Count on Bill to find any hidden immunity idols in the oar shop!