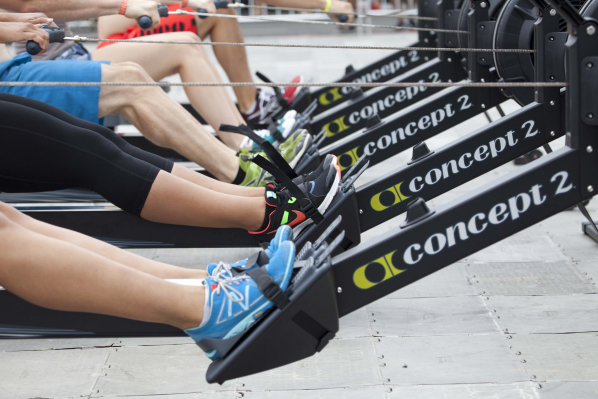 Concept2 has partnered with the World Rowing Federation (FISA), USRowing and the Long Beach Rowing Association to host the second World Rowing Indoor Championships on February 24, 2019, on the campus of the California State University in Long Beach, CA.

Athletes compete on the Concept2 Model D Indoor Rower, which has become the standard for indoor rowing competitions around the world. Each Model D Indoor Rower includes a powerful Performance Monitor that provides reliable data from race to race and between athletes. Over 700 competitors representing 171 clubs will race, 68 of them racing in para categories. The event is truly global, with athletes traveling from 36 different countries to event, hosted at the Walter Pyramid.

On race day, spectators can follow the racing on a visual display from Concept2 called ErgRace. ErgRace provides real-time data of athlete progress. Supporters can cheer on their favorite athletes as they watch the races unfold in front of them. A version of the ErgRace display will also be broadcasted online starting at 8:00 a.m. PST on Sunday. We'll also be updating our social media channels throughout the day, so if you're not following us on Facebook, Twitter or Instagram, make sure you hop onboard.

Indoor rowing racing has its origins in on water training: during the cold winter months up north, rowing athletes looked at ways to stay fit and competitive. Now, indoor rowing has become a sport of its own, attracting CrossFit athletes, fitness enthusiasts, and adaptive athletes at every level of ability.

This year, the race also launches the first ever USRowing Indoor National Championships. American athletes will be recognized for their performances in each age group and category. USRowing National Training Center athletes, many of them training for the 2020 Olympic Games, will be competing, ensuring a deep field of talent and exciting racing.

The World Rowing Indoor Championships will this year attract top international talent, including Olena Buryak (Ukraine), who owns the 2k world record of 6:22.8. She will also be challenging her own 500m sprint distance world record of 1:24.5.

In the men’s division, young phenom German Oliver Zeidler is one to watch. Zeidler is undefeated in his indoor rowing career and picked up his first win after only six months in the sport. He is now a single sculler with the German National Rowing Team. Fellow German Jason Osborne is also racing: Osborne set a new world’s fastest time on water at the 2018 World Rowing Championships in the lightweight men’s single. He will compete in Senior (Open) Lightweight Men’s division.

If you can't make it to to the World Rowing Indoor Championships (WRIC) in Long Beach, you'll easily be able to follow along with all the day's action. World Rowing will be showing a live webcast of all the racing and results will be posted on there throughout the day.

Concept2 is proud to support all competitors in Long Beach. Best of luck, athletes! See you at WRIC!